Well Judy and I disembarked the Sun Princess and the boys flew down from Geraldton. We boarded our flight to Narita ( Tokyo) via Singapore! As the flight was descending into Tokyo we had the most amazing view of Mt Fuji. Above the clouds, with the sunrise hitting it, turning it a beautiful soft orange / yellow. Rising above the clouds, snow topped, it looked like the perfectly shaped mountain. As far as I’m concerned, it actually is the most perfect mountain. I couldn’t get my phone or camera......but enjoyed resting my head on the window, to stare at it and it’s serenity and mighty power for quite some time.
Landed, we validated our JR Passes, grabbed our first onigiri ( Jack tuna and mayo, me pickled plum!) and headed to the hotel for a quick power nap.
Refreshed ( actually not really but anyhow......) we met up ( the boys are in one room, Judy and I in the other) and headed to Shinjuku Station to train to Shibuya. Across the busiest crossing in the world and off to Genki Sushi, a sushi train restaurant Jack and I had been to last trip. It’s so cool, you order off an iPad, no English in site, and it zips up to you via a three level train system, but for plates hehe! Jack totally loved the ordering part.....,the food was coming thick and fast but we all managed to eat it all, fill our already full stomachs and wander around Shibuya shops for a while. We headed up a new building called the Shibuya Scramble, where you can buy a ticket to the rooftop viewing platform. I think it is worth it, as the view across Tokyo is amazing. Such a vast city ! The view down to the crossing in awesome, the best you’ll get. There’s a helipad on top too........our helicopter driver was busy today so we trained it instead ????????????????????
Back to the hotel, refreshed and off to wander around Piss Alley and the Golden Gai for a quiet sake or three! We stumbled across a beautiful Shinto Shrine called Hanazono-Jinja Shrine.....and again I was mesmerised by the red Tori, The paper folded into lightning to symbolise the Shinto Gods and the majestic buildings. Instant calm washes over you.
Off back to Shinjuku for Ramen before bed! 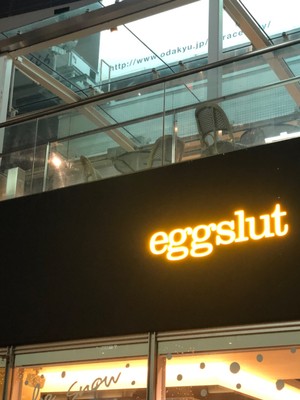 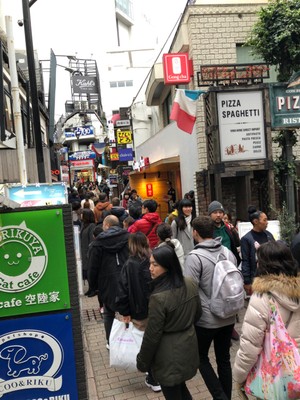 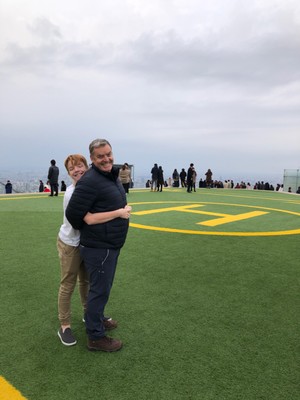 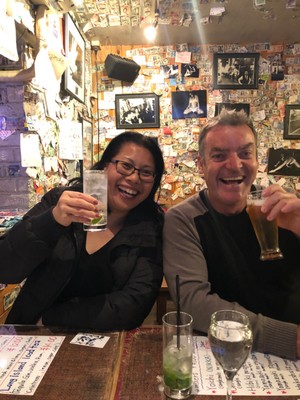 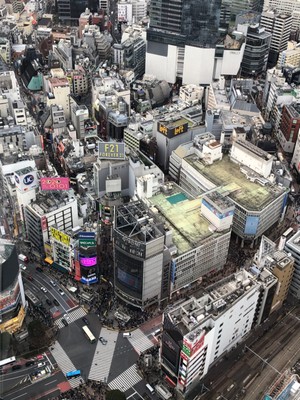 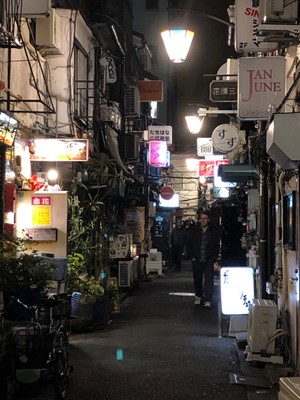 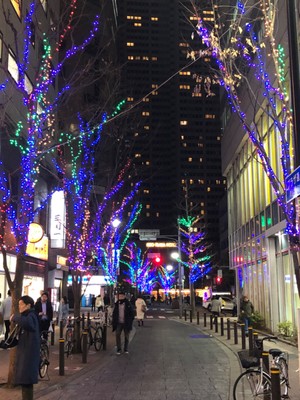 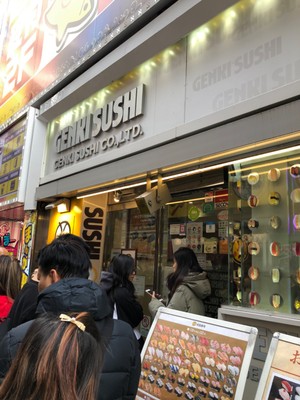 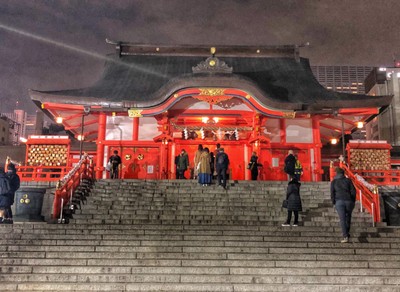 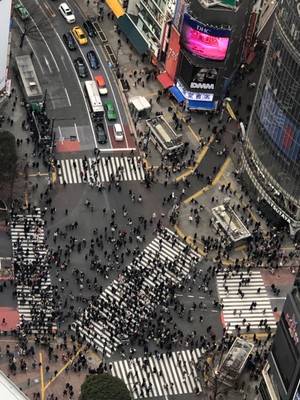 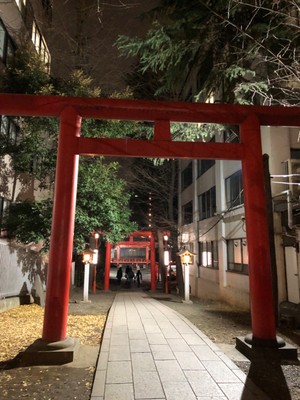 Posted by Jochester71 04:35 Archived in Japan