What side will Fuji be on!

Well up, coffee acquired and we are packed! Train to Haneda for our first offical stop, Nagasaki, in the southern most island of Kyushu.

As we checked in to our flight I asked if we could be seated on the right side as I’d worked out that we would take off and head out to sea to fly down to Nagasaki, straight past a glorious view of Mt Fuji again. I excitedly boarded, slightly upset that there was another passenger in the window seat, and I was beside him. I figured I could still get a picture with my phone. We took off, I saw Fuji in the distance......eeeeek! Not close enough to for a pic but then.........we slowly........started .........to turn...............the opposite way. ( wrist to brow) ( all I could hear was Mick and Judy behind me giggling crazily!) Seriously, a 50/50 chance and I blew it. Not to worry, the plane few straight past it and it’s magic, and I managed to head over the other side of the plane to snap it !
At the airport I bought a bento box for the flight......a perfectly packed little bento box made of cardboard polystyrene sort of stuff that looks like wood grain, and so neatly arranged it almost brings tears to my eyes. Imagine how many are produced per day, and each marvellous box, with the little plastic leaves for aesthetics, perfect sushi and egg roll, and chopsticks, packed with such care .......I fear so much for the future of Australia and its people. The seemingly careless attitude and it is progressing to care - less........les and less for ourselves, each other, the country........we could learn a lot from the Japanese and their willingness to conform, to care so much about their fellow people that phones are always on silent, excuse me is uttered as much as hello, and there is mutual care and respect for all people. We will never see such things in Australia.

Anyway, my sadness aside, we arrive in Nagasaki to witness and learn about yet another huge tragedy in history, the bombing of Nagasaki at 11.02am on 6 August 1945. Between 39,000 and 80,000 people died as a direct result of the bomb, with half within the first 7 days. From the epicentre to 1.75kms there were no survivors. People and buildings vaporised. Most burns turned keloid within 7-30 days, resulting in disfigurement, far worse than the burns they suffered. I took no pictures ( as I also didn’t last trip in Hiroshima) as it is too vivid to share, too sad to remind people, and too devastating to comprehend. The museum was exceptionally graphic. As the only Westerners in there at the time, I was a little more sad that I couldn’t stop the tears that flooded down my cheeks, and dripped silently on my coat. Silently we listened to survivors stories, the sadness of an 11 year old girl who lost her parents, grandparents and two brothers that morning. Her whole family gone in an instant. Saved only because her mother had asked her to go to the market ( around 3 kms away) for a surprise meal for her father, a meal he never ate.

Solemnly we headed out and jumped on the street car ( Nagasaki’s main mode of transport is street cars ( trams) and buses) and off to Chinatown for some local delicacies. We were after Champon, a noodle dish that is a regional cuisine of Nagasaki, Japan. There are different versions in Japan, Korea and China. The dish was inspired by the cuisine of China. Champon is made by frying pork, seafood and vegetables with lard; a soup made with chicken and pig bones is then added. Ramen noodles made especially for champon are added and then boiled. Unlike other ramen dishes, only one pan is needed as the noodles are boiled in the soup. We were also looking for Yoriyori ( super crisp twisted crackers dipped in sugar, like a super crunchy donut) and hitoshi, which is a deep fried shrimp and pork sandwich. Seriously, we ate like we’d been starving for years. Unfortunately the truth was far from that!

Chinatown was so beautiful as they had hundreds and hundreds of lanterns hung over the river and down the alleys, all red and beautiful! The effort the Japanese go to is quite extraordinary!

A little bit of history here, so Japan allowed the Dutch traders to set up a small area called Dejima in Nagasaki from 1641 to 1853. The Dutch had previously sailed to Japan and asked the shogun if they could trade. Permission took quite some time, but eventually it was agreed. The area that the Dutch inhabited was a small area of some 15,000 sqm. They weren’t allowed to leave unless granted permission and women were not permitted there ( thus no Dutch women or children). However “local company” could visit for 1 night at a time. The Dutch influence extends to some food and cakes especially , but all with a Japanese flair. There are many European style buildings in the area or streets that were allowed to be inhabited by the Dutch. 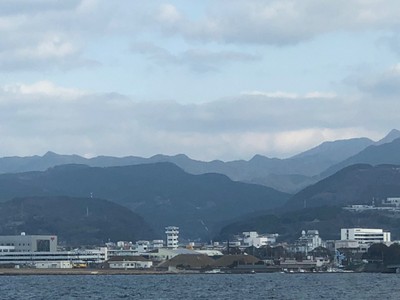 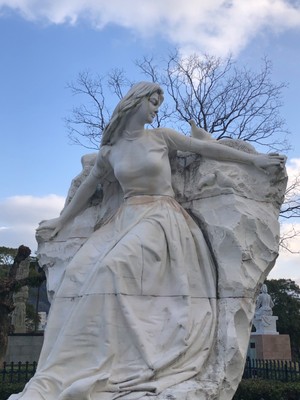 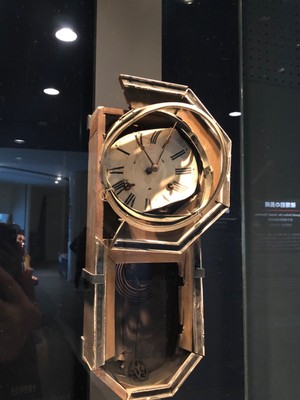 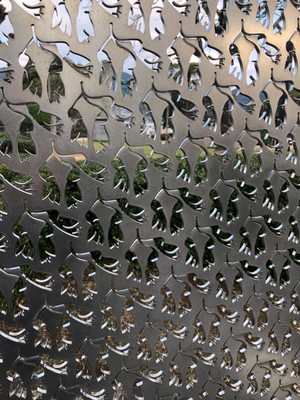 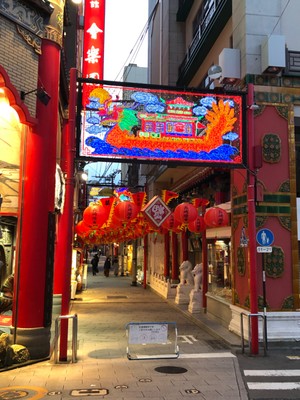 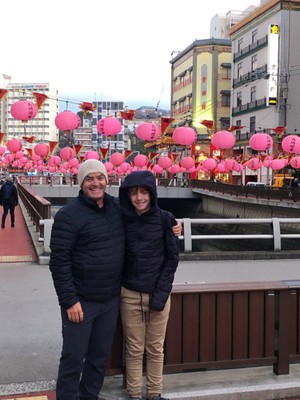 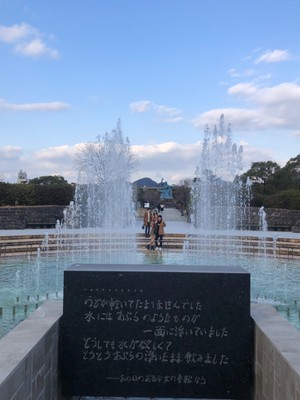 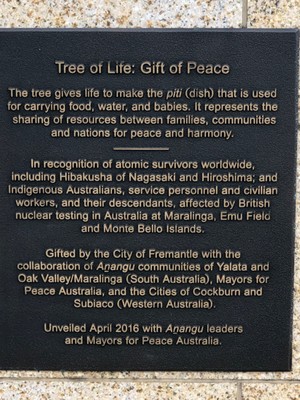 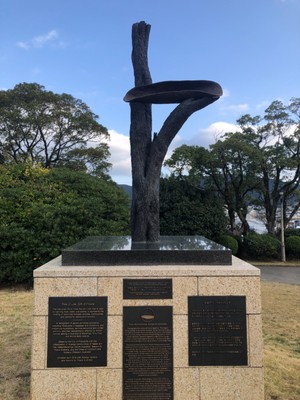 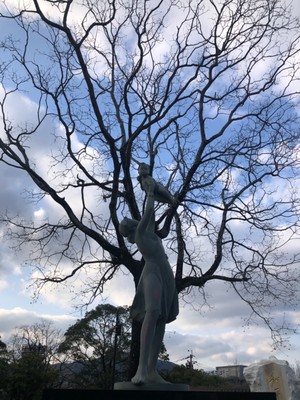 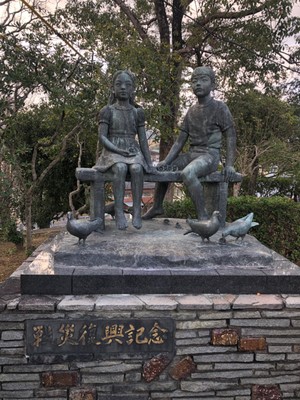 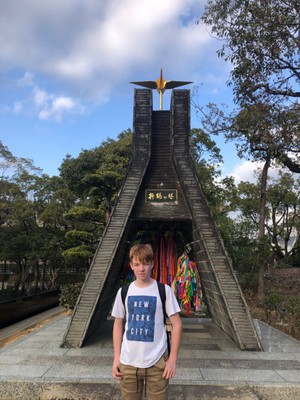 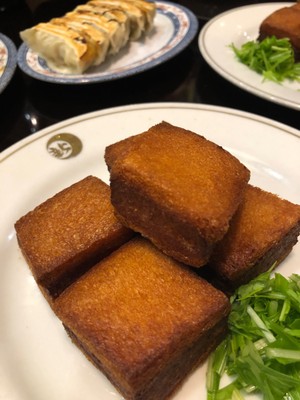 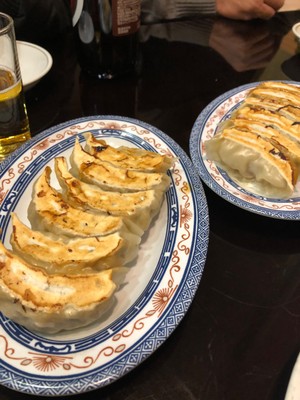 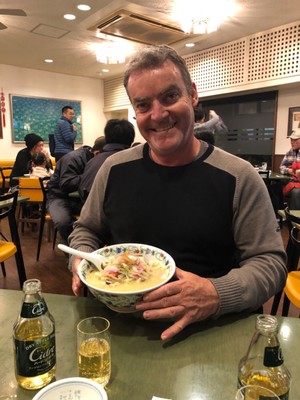 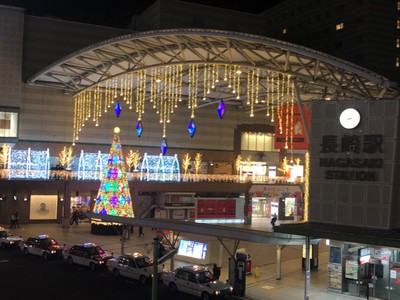 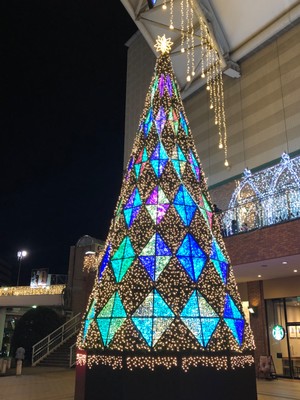 Posted by Jochester71 23:12 Archived in Japan