Am I ever gonna see daylight again!

So up early ( yet again! These holidays are for exploring as much as possible, not for restful days!) and packed for the train to Fukuoka. Fukuoka is on the northern side of Kyushu. We needed to disembark from the Shinkansen and catch a local subway train to the station near our hotel. Her begins the stress. It’s easy in Japan, signs, directions and mobile wifi to enable us to search and get directions. Add to that 2-3 sub street level floors of two connecting stations, a bucket load of people, 4 large suitcases, a shopping centre about the size of 4 Carousels all at the stations, on top of street level and below, Tenjin Underground is 600 metres long, north to south with 12 ‘streets’ off them! So, each of the 4 of us knew how to get out. We went through department stores, stations, backwards, forwards, up and down, above ground, below ground.........we were sweating, each with a different way to exit........and there it was.....finally..........fresh air and a SKY! We were free! I’d guess we spent an hour in the abyss.......for anyone who loves shopping, put it on your list! For anyone who prefers fresh air, sidestep it! Off to dump baggage and head to Yanagibashi markets.
These markets largely cater to chefs as well as locals. Every variety of edible sea creature, whale meat, horse meat, vegetables and foods we hadn’t seen or heard of. A debate was had between us on whether we could eat whale meat. Judy and I were a resounding yes ( try and eat what locals eat whilst travelling ) buys were a strict no. Whilst I appreciate the reason why/ why not for anyone, here they use and eat all parts of the whale so there’s no waste. In the end we didn’t find a restaurant that served it so we haven’t yet had it! 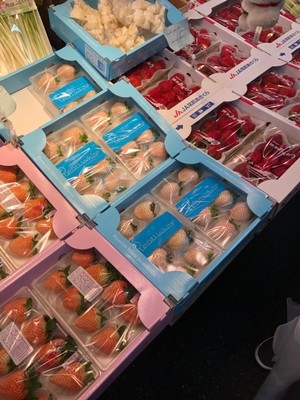 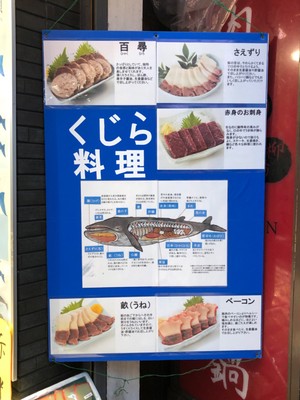 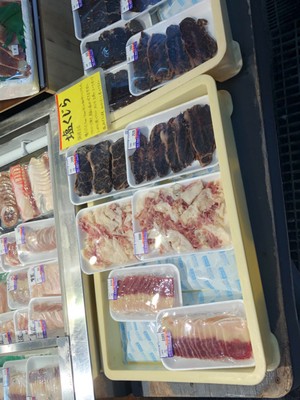 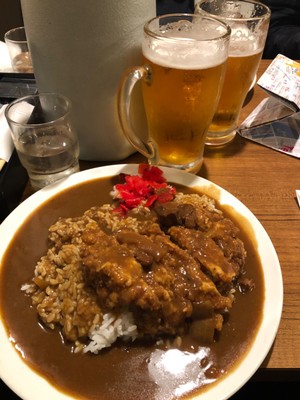 Lunch and Japanese curry followed by a wander around. The thing we again noticed is no other Westerners. Clearly they just don’t spend time down here, and prefer the golden triangle near Tokyo and Kyoto. It’s a shame as Kyushu has some wonderful history.
After a while we again headed out to Kego Jinja Shrine the Shinto Shrine across the road from our hotel . Such quiet beauty in the middle of a bustling town centre. Shuin acquired and time to meander the streets and alleys and eat........like Groundhog Day.........we have almost eaten our body weight in food.....and continue to do so hehe
Jack needed to change money. It was located somewhere in the Station/ underground abyss. We were not truly excited, but braced ourselves, and headed under.........geez..........how hard is it to find a currency exchange ffs...eventually, after some time we found one. Thankfully. Crisis averted we found our way out relatively unscathed. From here on in, we saw a currency exchange about every 300m.........I swear we’d even walked past some of them without seeing them!
Fukuoka is famous for its street side stalls ( yatai) like little restaurants that pop up at night, with seating, etc! Most famously situated along a rivers edge near Canal City. We set our sights on one. The stools were barely big enough to fit Jacks bum, let alone ours......elbow to elbow, knee to knee........my rudimentary Japanese language skills honed. Funnily one guy at our stall was trying to be funny. He handed us a small set of wooden sticks........”CHOP STICKS” he sounded out. Watashi wa wakarimasu I exclaimed. ( I understand) he laughed as did his co workers. They spoke too fast but I gathered they were laughing at him because I responded in Japanese and he thought we didn’t understand him. To be honest, I can generally follow along in a conversation but am by no means great anymore! Yatai are a must for tourists but are very expensive! 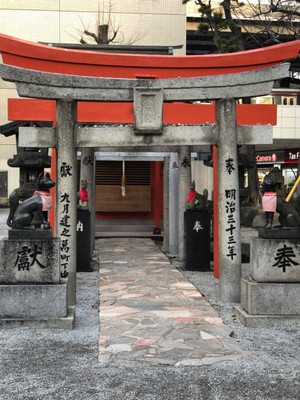 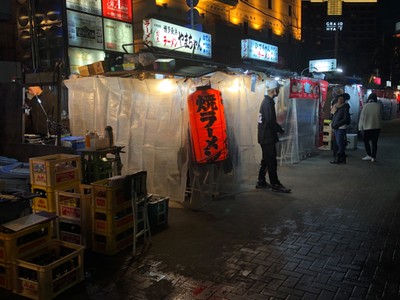 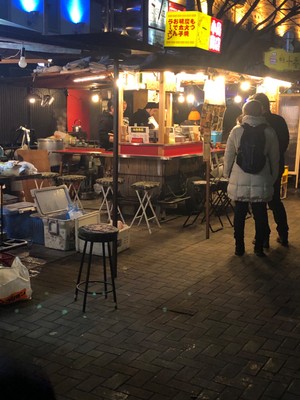 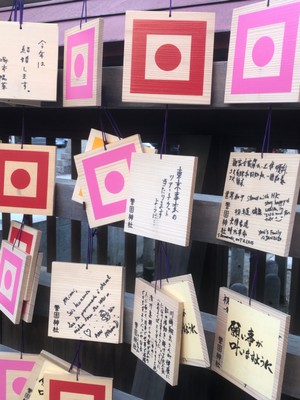 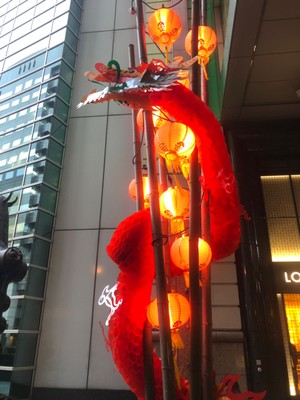 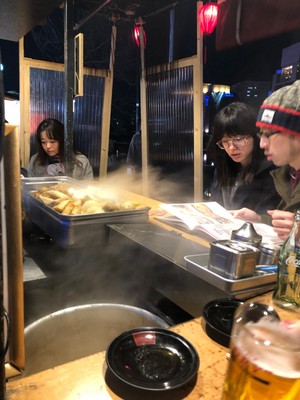 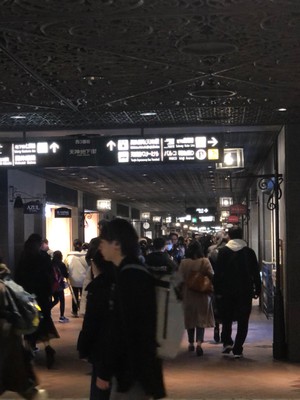 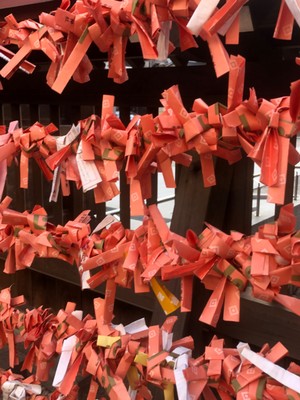 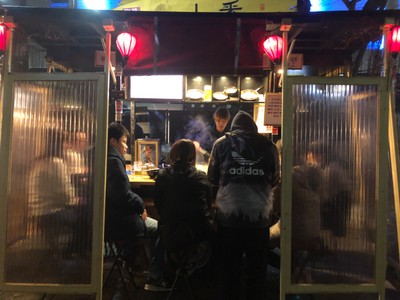 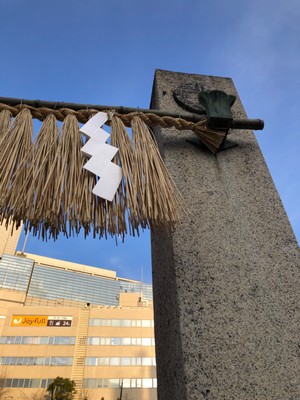 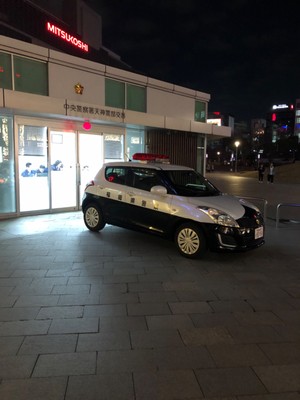 We decided dessert was in order. Seriously. Getting lost and confused is the order of today......finally found one we wanted, closed. We laughed and headed back to the hotel....and found a lovely place two doors away. Of course we did! Could have saved ourselves an hour or so!
On the walk back k we passed a police station- See the car hahaha I’m guessing not many high speed chases happen here!

Posted by Jochester71 17:26 Archived in Japan